Also known as D&D, Dungeons and Dragons is a tabletop roleplaying game (TTRPG) where you only need pen and paper, some dice, and your imagination to play.

D&D is all about storytelling in fantasy and magic worlds, sometimes called Medieval-Fantasy.

Like children playing make-believe, players create a character they will roleplay during the game. Then, teamed up with other players, known as groups or parties, they explore unique locations (dungeons, castles, ruins, cities, jungles, etc.). Fight foes (monsters, bandits, dragons, etc.). Find treasures. And maybe save people from evil schemes. In D&D, you can do everything as long as your character can, and the randomness of dice is on your side.

Also, unlike board or video games, one player must take the role of dungeon master (DM), also called game master (GM) in other roleplaying games. The DM is the game leader, the storyteller, and the rules referee. They will tell the story and describe the environments and the situations to the players. Roleplay the non-playable characters (NPCs) that players could meet in the adventures. And play the enemies and other obstacles like traps or puzzles.

Usually, groups of players play D&D periodically during multiple sessions of 2-5h. In this case, this adventure is called a campaign. But the group can also decide to play a one-shot adventure in one session, a helpful format for initiation, theme-based adventures, or a game between two campaigns.

Created by Gary Gygax and Dave Arneson in 1974, D&D was first published as a small box set of three booklets under Tactical Studies Rules, Inc. (TSR).

Initially, the game derives from miniature wargames. At that time, some players were bored of replaying only historical wars and discussing tactical plans for hours. They wanted more story, fantasy and fewer rules.

D&D got its inspiration from the 1971 game Chainmail, also created by Gary Gygax and Jeff Perren, which served as the initial rule system.

In 1977, the game was split into two game systems.

This edition excluded references to demons and evils, or sexually suggestive artwork, due to negative publicity at that time. Adds minor changes to advanced rules. But the significant change came from the promotion of various game settings which differ from traditional fantasy. It also included blending fantasy with other genres, such as horror (Ravenloft) and science-fiction (Spelljammer).

This edition unified the basic and advanced original games. It was the most extensive revision of the D&D rules to date. It also introduced today's popular d20 System, a multi-genre roleplaying system designed around 20-sided dice.

More consistent and less restrictive than previous editions, the 3rd Edition rules allowed players more flexibility. In addition, they introduced skills and feats into the core rules to encourage further character customizations and standardized the mechanics of action resolution and combat.

A revision of the 3rd Edition, Dungeons & Dragons v.3.5, was released. Included hundreds of minor rule changes and expanded the core rulebooks.

After many years of development prompted by feedback, WotC made a simplified form of D&D. A desire to make a faster, more intuitive game. And create a better play experience than the previous edition.

However, this edition got a lot of criticism. For example, its emphasis on tactical miniatures combats and not enough on other aspects of the game. It is also sometimes compared to something close to a video game.

Because of this failure, many players stuck with the previous version, Dungeons & Dragons v3.5 and some clones based on older editions of D&D, like Paizo's D&D 3.5-based Pathfinder RPG, emerged.

Quickly after the mitigated success of D&D 4E, WotC started working on the 5e edition of D&D.

The 5th edition was released in the second half of 2014, coinciding with D&D's 40th anniversary. It was a significant success at launch and continued to grow yearly.

This edition succeeds in bringing the best of previous versions of D&D to reunify the players and focusing on the strengths of the tabletop format. Games are more accessible for new and casual players and smaller groups. And the modular system makes complexity and specific features optional. Thus, players and DMs have more freedom.

In September 2021, Wizards of the Coast announced that a backwards compatible "evolution" of the 5th edition would be released in 2024, coinciding with the 50th anniversary of the game. Probably revised editions of the Player's Handbook, Monster Manual, and Dungeon Master's Guide.

In August 2022, Wizards announced the One D&D initiative. A phase of major changes for Dungeons & Dragons, including a public playtest of the next version and an upcoming virtual tabletop simulator with 3D environments developed with the Unreal Engine.

WHY YOU SHOULD PLAY D&D

Now that you know more about D&D, you can dig with the second part of the beginners guide on How to play D&D.

You can also read the Buyer's guide for beginners to learn more about all the diffrent products.

Book «Of Dice and Men» by David M. Ewalt

The Story of Dungeons & Dragons and The People Who Play It.

“A fascinating and personal look at Dungeons & Dragons that tracks D&D’s turbulent rice, fall, and survival, from its heyday in the 1980s…to the twenty-first century” (The Wall Street Journal). 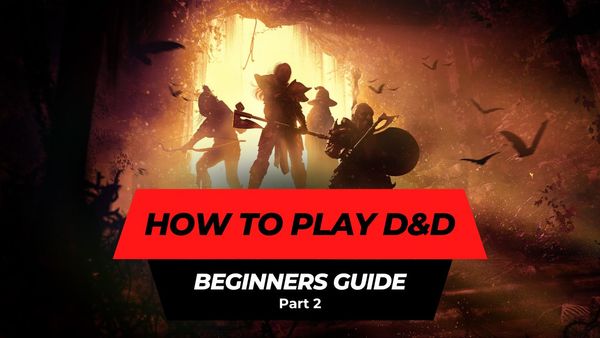 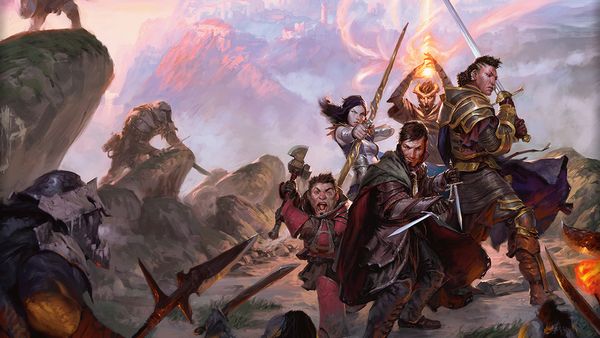 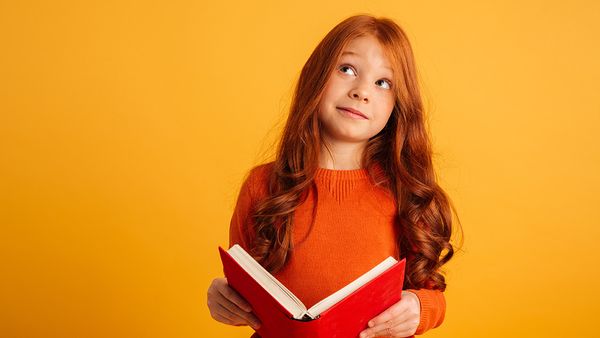 Fighting Fantasy books are perfect for kids. Whether you want to encourage them to spend more time away from their screens, you want to inspire their creativity, or you simply want to keep them entertained, the Fighting Fantasy series is great for both kids and their parents.